Posted at 10:19h in Uncategorized by Andaltec

Every six months a General Assembly meeting is taken place in order to discuss the project progress and the planning for the next months. This time was Andaltec’s turn; the headquarters of the Technological Centre for Plastics has hosted the 9th General Assembly meeting for the CPV4ALL European project, which is intended to develop a solar energy concentrator capable of generating thermal and electric energy simultaneously, in a more efficient and less expensive way than the current concentrators available in the market. This meeting took place in Martos and has had participants from scientific organisms and companies such as SunCycle, GL Plastics, TNO, Uniresearch, Neways and Radboud University (The Nederlands), CEA-INES (France) and Bühler Leybold Optics (Germany).

The aim of this meeting was revising the advances reached on this project, which is already in a highly advanced development stage. One of the main points in the agenda was the kickoff of the dissemination activities to be carried out in the following months. Rami Boutassghount, the main researcher for Andaltec in this project, explains that the consortium agreed to have the first prototypes ready in few weeks. He also conveyed his satisfaction towards the good results achieved  so far. Within this initiative, Andaltec is offering all its expertise. Besides, all the researchers participating in CPV4ALL had the chance of witnessing firsthand the facilities of one the major technological centers for plastics in Southern Europe.

The main advantage of this device is that it will allow maximum exploitation of the sun’s energy without the need for a gigantic tracking system. An innovative smart built-in tracking and concentrating system consisting of two stepper motors guided by specifically designed software. Thus, the intended electrical efficiency of the device will be 25% and the thermal efficiency, in order to obtain domestic hot water, 37.5%. What’s more, the production costs of each unit will eventually be less than that of other solutions combining electrical and thermal energy generation.

Rami Boutassghount states that their final aim is the design of a low-cost, affordable solar energy concentrator, more efficient at energy generation and capable of providing an accurate tracking of the sun. ‘This project is committed to support the European encouragement for renewable energies. In this field, there is still a long way to go until people can enjoy more affordable equipment, which should also be more efficient to make the most of our sun’s great energy potential’, as he asserts.

Andaltec is a National Technological Centre, supported by the Spanish Ministry of Economy and Competitiveness. It houses a crew of 160 qualified workers in more than 10,000 square meters of high-tech facilities, being one of the biggest technological centers in Andalusia. This Technological Centre works in multidisciplinary fields such as recycling and environmental engineering, packaging, aeronautics and automotive, food and agriculture, health products.

“This project has received funding from the European Union’s Seventh Framework Programme for research, technological development and demonstration under grant agreement no 296014. 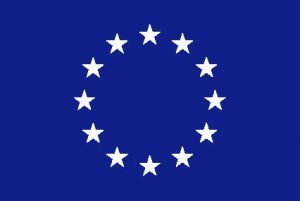