Andaltec hosts the meeting for the European Project CPV4ALL, focused on the development of an innovative solar energy concentrator 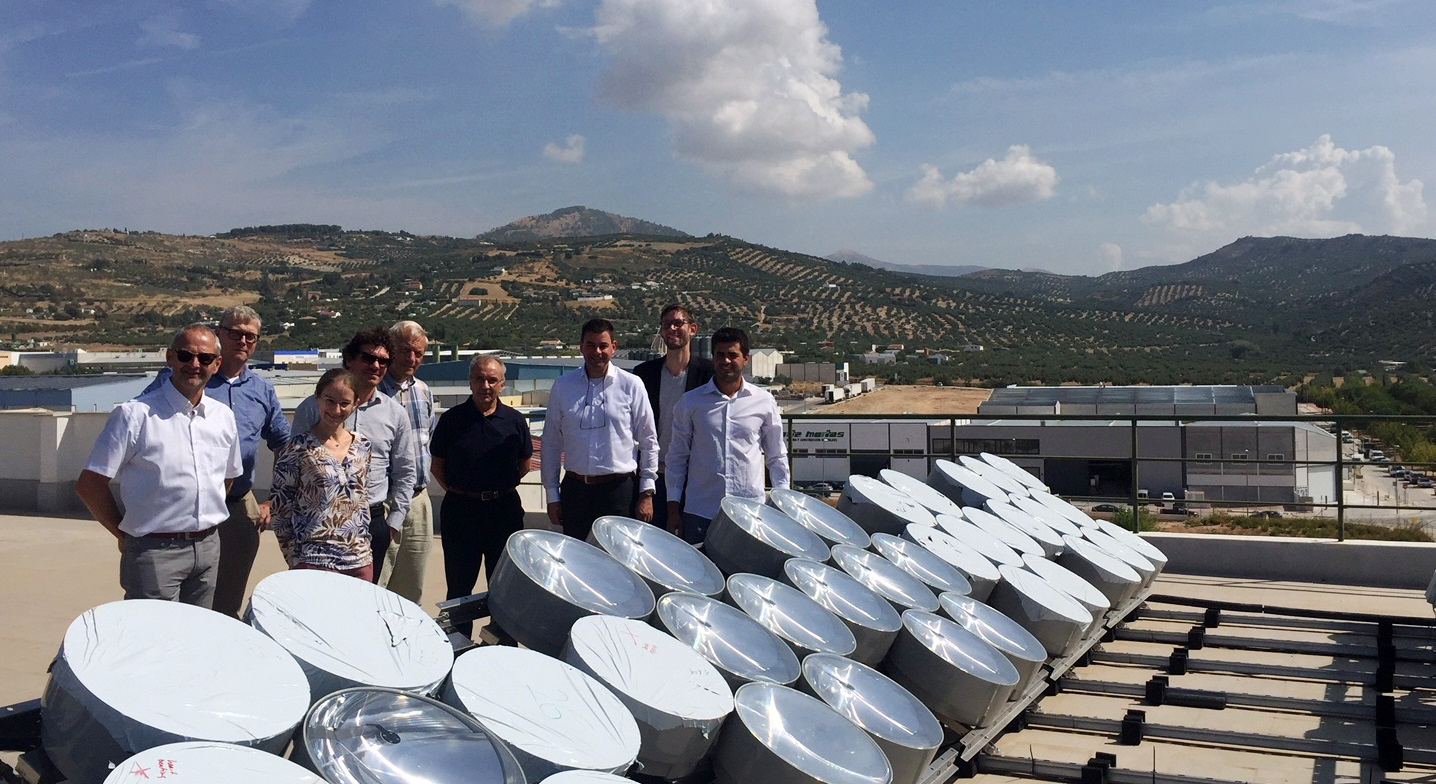 24 Sep Andaltec hosts the meeting for the European Project CPV4ALL, focused on the development of an innovative solar energy concentrator

The headquarters of the Technological Centre for Plastics (Andaltec) in Martos have hosted a meeting for the joint European project CVP4ALL. This is a solar energy programme participated by entities from four European countries. This project is intended to develop a solar energy generation system, both photovoltaic and thermal, using equipment made from plastic materials. Besides, it doesn’t need an external solar tracker to maintain its efficiency. This international meeting has been attended by major entities such as  SunCycle, GL Plastics, TNO, Uniresearch, Neways and Radboud University (from The Netherlands), Andaltec (Spain), CEA-INES (France) and Bühler Leybold Optics (Germany).

The agenda for this meeting was assessing the advances in the project, which is already in an advanced development phase. In fact, prototype for the solar energy concentrator has already been developed, and has been installed in Andaltec headquarters’ rooftop in order to carry out different testing programmes throughout the following months. This international project has been made known in the most important recent events for renewable energies, such as the Intersolar expo in Munich, the CPV14 conference (the most important scientific congress on concentrator photovoltaic energy in the world) and the MENA New Energy exhibition, located in Dubai.

The main advantage of this device is that it will allow maximum exploitation of the sun’s energy without the need for a gigantic tracking system. An innovative smart built-in tracking and concentrating system consisting of two stepper motors guided by specifically designed software. What’s more, the production costs of each unit will eventually be less than that of other solutions combining electrical and thermal energy generation.

Rami Boutassghount states that their final aim is the design of a low-cost, affordable solar energy concentrator, more efficient at energy generation and capable of providing an accurate tracking of the sun. ‘This project is committed to support the European encouragement for renewable energies. In this field, there is still a long way to go until people can enjoy more affordable equipment, which should also be more efficient to make the most of our sun’s great energy potential’, as he asserts.

This project has received funding from the European Union’s Seventh Framework Programme for research, technological development and demonstration under grant agreement no 296014.